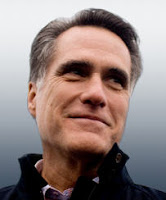 Former Massachusetts Gov. Mitt Romney came out in a strong show of support of ethanol this week by publicly embracing ethanol subsidies.

As reported by the Wall Street Journal, Romney:

“I support the subsidy of ethanol,” he told an Iowa voter. “I believe ethanol is an important part of our energy solution for this country.”

Romney made his ethanol-friendly statements while in Des Moines, Iowa.  Romney is a leading contender for the 2012 Republican presidential nomination.  And Iowa is the country's largest ethanol-producing state and an important first stop in the 2012 presidential primary race.

Romney's announcement comes just a week after Romney's Republican contender, former Minnesota Governor Tim Pawlenty, made his own statement that subsidies for ethanol should be phased out.

So what is this "ethanol subsidy" that has the presidential contenders making these statements?

The Volumetric Ethanol Excise Tax Credit, also known as VEETC, is a credit of $.45 for every gallon of pure ethanol blended into gasoline.  It was established to allow the oil industry to invest in the infrastructure to blend ethanol into the country's gasoline supply.  The credit goes to the actual "blender" of the ethanol, not to corn growers and not to the ethanol plants that make ethanol.

God knows the oil industry wasn't going to do it without some financial encouragement from Congress.  The American Petroleum Institute remains a powerful opponent of alternative fuels like ethanol.

The VEETC is currently funded by Congress until the end of 2011.  Congress is considering legislation that would modify the credit for future years to promote flex fuel vehicles and the installation of flex fuel pumps.