According to a recent article in the Wall Street Journal, federal prosecutors have opened separate criminal probes into possible price-fixing by major egg producers and California tomato processors.

The investigations, which have not been previously reported, add to concerns that beyond the rising cost of fuel and feed, a hidden factor may be driving food prices higher: collusion among farmers, food processors or exporters.

The article describes how the FBI is looking into allegations of price-fixing, and bribes are responsible for higher food prices. The Chicago Tribune also reported on the federal investigations and reported several specific incidents:

What is most interesting is seeing the names of the major food companies from the Grocery Manufacturers Association on this probe list for lies, bribes and higher prices. While making record profits, blaming all of the cost increases on corn costs, someone wasn't watching the business back at home.

Fresh-egg farmers acted together through a series of export shipments, organized by United Egg Producers, an industry cartel whose 250-plus members include virtually all of the nation's big egg producers. By removing a small fraction of eggs that would have been bound for U.S. sales and arranging instead for their export, United Egg helped tighten domestic supply and drive up the price of eggs across the country, according to newsletters and other documents that United Egg sent to its members.

We hear it every day, Americans want to be rid of foreign oil. And they know something about renewable fuels like ethanol.

But the issue has been poisoned by the scary messages spread by Big Oil and Big Food over the past year. We'll have nothing to eat; we'll have no money left if we use ethanol.

So it's good to see new adverts for the general population like the new ones that started to run this past weekend on the Sunday-morning talkshows. Two new commercials, Faces and Places, have started to appear.

Expect even more as the energy debate continues to get national attention.
- 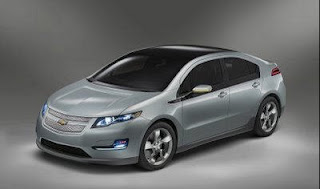 At General Motors' 100th birthday celebration this week, the production version of the Chevrolet Volt was unveiled to the public.

The Chevrolet Volt is an Extended-Range Electric Vehicle, or E-REV that runs on electricity at all times but has an engine to extend its range.

When its lithium-ion battery is depleted, the Volt uses a gasoline/E85 ethanol powered engine that provides electricity to power its electric drive unit while simultaneously sustaining the charge of the battery.

The Chevrolet Volt plugs in and charges in about 8 hours on a standard household 120v outlet or in about 3 hours on a 240v outlet.

OPEC is Not Our Friendly Neighbor

The good folks at NozzleRage are back with a new video showing the impact of foreign oil.

A kindly neighbor tells viewers about how foreign oil hurts our neighborhood and how we can support open fuel legislation.

We're pretty sure OPEC hasn't been too friendly in our neighborhood lately. We need to buy a whole lot less oil from them. High oil prices and limited competition for transportation fuels hurts us all.

Our cars should run on many alternative fuels like ethanol and not just gasoline bought from foreign, and often hostile, countries. And cleaner burning renewable fuels help build a stronger and cleaner America.

Now THAT really would make it a beautiful day in our neighborhood!

If you can't see the video, click HERE to go to it directly.

The petroleum industry's pricing model is "Up like a rocket, down like a feather". So no one should expect to see prices come down anytime soon. Most likely, this is just a new plateau so that motorists will be happy to see such a "low price" like $3.75 gasoline.

Big Oil has us over the barrel. Even the fear of supply disruption, real or not, causes oil prices to spike. And who pays for all of these higher prices? We all do at the pump but also as these costs get passed on to food and consumer goods. 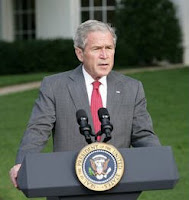 In the aftermath of Hurricane Ike, gas prices have risen sharply. Many suspect gas price gouging by the oil companies are the reason for the sudden prices.

President Bush spoke out this weekend to pledge support for keeping prices legal:

The massive Hurricane Ike caused closings on oil rigs, platforms and refineries and has severely limited transportation while at the same time causing an increase in demand.

It's fairly obvious that the American motorist again is the victim of our dependence upon oil and gasoline. Whether by the whims of foreign dictators or continued storms, America needs to continue to develop alternative fuels.

Ferment in the Field: Debunking the Ethanol Myths

Ethanol remains popular in the US despite recent attacks by Big Oil and Big Food.

These sustained attacks -- which will continue -- have finally begun to galvanize support among other parties to defend the production and use of ethanol.

Because too many know the truth: killing corn ethanol kills off investment in renewable fuels. And that will leave us stuck with oil.

It seems that while hurricane Gustav was busy shutting down oil rigs in the Gulf of Mexico, oil operatives were busy tweaking the Republican platform (pdf) to shut down ethanol as an alternative fuel in America.
While calling for alternative fuels, the platform guts current incentives to invest in the infrastructure to make alternative fuels a reality.
"We must continue to develop alternative fuels, such as biofuels, especially cellulosic ethanol, and hasten their technological advances to next-generation production"
"The U.S. government should end mandates for ethanol and let the free market work."
We know that the market system is rigged against any type of new or alternative fuel. The oil industry has enjoyed a near-stranglehold over the American economy for years.  And the ethanol incentives actually go to the oil industry to encourage them to put the blending infrastructure in place for alternative fuels, including advanced cellulosic ethanol.
Support for the Renewable Fuels Standard (RFS) remains strong on both sides of the political aisle and across America.   This platform change hasn't gone unnoticed. So it will be interesting to see how the many Republican supporters of alternative fuels take to this sneaky backroom deal.
Source: Republican 2008 Platform (pdf)
READ MORE
Never Miss a New Article--> Subscribe to updates by Email
Find What You Seek --> Search FoodandFuelAmerica.com

Corn Gets the Gold

Or at least Olympic gold medalist.

Swimmer Michael Phelps, who won an amazing 8 gold medals at the 2008 Beijing Summer Olympics, has chosen to appear on upcoming boxes of Kellogg's Corn Flakes.

He's already taken his place in history alongside the legends, but now Michael Phelps can add one more milestone to the list. After earning eight gold medals in the 2008 Olympic Games, Michael Phelps has earned a place of honor on the front of specially-marked Kellogg's Frosted Flakes® and Kellogg's Corn Flakes® cereal boxes.

Wheaties, made by rival General Mills has usually signed champion athletes on its cereal boxes since 1934. Instead, Wheaties will go for the silver and honor gymnast Nastia Liukin and decathlete Bryan Clay. OK, so maybe this is just another example of why corn beats wheat.

One does have to wonder how much Kelloggs paid for this honor. We suspect millions of dollars in marketing and branding costs will be added to Kellogg's costs over the year. But it's fine because they can just blame corn and ethanol for the higher prices.

Despite that the cost of corn found in a box of corn flakes is under 10 cents in a box. Corn Flakes: The Breakfast of Profiteers!