Forrest Jehlik, a researcher with the Argonne National Laboratory, has a great article published on wired.com, Five Ethanol Myths, Busted.

He covers the major myths, including energy balance, food vs. fuel, greenhouse gas emissions, water use and mileage.

It's worth a read.

The US Senate today voted down, by a margin of 59 to 40, the Amendment by Senator Coburn that would have ended the ethanol tax incentive known as the Volumetric Ethanol Excise Tax Incentive (VEETC).

In order to pass, the amendment needed 60 votes.

The tax incentive, paid to blenders of the ethanol, was established to build the infrastructure required to add this important transportation fuel into this country's fuel supply.

In addition, the amendment would have eliminated the trade tariff on foreign imports of ethanol.

VEETC was already set to expire at the end of this year.

Ethanol supporters have been working on alternatives to the existing credit and Senators John Thune (R-SD) and Amy Klobuchar (D-MN) recently introduced the Ethanol Reform and Deficit Reduction Act legislation to create a variable credit when oil prices are low and to redirect efforts to build additional flex fuel pumps and vehicles. 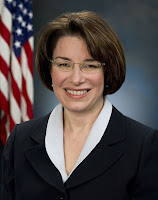 Senators John Thune (R-SD) and Amy Klobuchar (D-MN) along with a bipartisan group of senators have introduced the Ethanol Reform and Deficit Reduction Act.

The bill would also allocate funds saved through the updated ethanol tax incentive, to be used to expand fueling infrastructure through the vehicle of improved tax policies.

The bill would be an alternative to current ethanol tax credits due to expire at the end of this year.

The Senate will vote today on whether to proceed to a debate on a bill Sen. Tom Coburn (R-OK) bill to end the ethanol tax credits immediately. 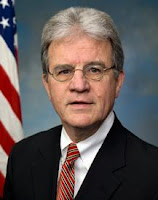 As reported by Politico and others, Senator Coburn (OK) introduced a motion last night to force a vote to eliminate immediately the blender tax credit.

The Volumetric Ethanol Excise Tax Credit, also known as VEETC, is a credit of .45 for every gallon of pure ethanol blended into gasoline.

It goes to the actual "blender" of the ethanol, not to corn growers and not to the ethanol plants that make ethanol.

This credit has helped the oil industry to build the infrastructure required to blend ethanol into the American fuel system.

The vote will come this Tuesday.

This surprise ambush tactic wasn't shared with the Senate's leadership:


Coburn didn’t inform either Senate Majority Leader Harry Reid or Minority Leader Mitch McConnell before he made his move, appearing to catch both completely off guard.

It's not surprising that an oil-state senator would want to attempt to snuff out the only viable competition to oil.

But it is surprising to do it the same week that OPEC met and refused to increase production output.

Especially since Iran and Venezuela, no friends to the United States, led the charge for keeping production constant.

Of course they would.

Continued high gas prices hurts the US economy and every American.

Write or call Congress to let your thoughts be known.

That's the message shared from the United States Department of Agriculture.

In a blog published today by USDA's by Dallas Tonsager, Undersecretary, USDA Rural Development, he writes about his first-hand experience as a farmer in South Dakota: "I saw firsthand how the investments in biofuels benefited rural Americans by creating jobs and capturing wealth locally. Leaders in the community got together, made commitments to invest in renewable energy projects, and shared in the success of the projects once they matured."

He goes on to write:


"Renewable energy production is smart for our country both strategically and economically. As gas prices have gone up, we are reminded that oil supplies are fragile and that global events and speculation can have a large effect on the price. Whether it is tumult in the Middle East or hurricane season in the Gulf of Mexico, the long and complex supply chains for petroleum energy can be disrupted by a multitude of events."

Read the rest of the blog HERE.

http://www.foodandfuelamerica.com
Good and Balanced Food and Fuel News!
at 8:56 AM No comments:

World-renowned engineer and best-selling author Dr. Robert Zubrin has published a side-by-side review of the two bipartisan bills which been introduced in the U.S. House of Representatives.

One is H.R. 1380, known as the “New Alternative Transportation to Give Americans Solutions Act,” or “NAT GAS Act” for short.

The approaches adopted in these two pieces of legislation are very different and  Dr. Zubrin does a good job of highlighting their points:

"The NAT GAS Act, which is strongly supported by oil and gas tycoon T. Boone Pickens, would provide a $7,500 tax-credit subsidy for the purchase of natural-gas cars, as well as a further subsidy to their manufacturers of $4,000 each, for a total of $11,500 per car."

"...the Open Fuel Standard bill does not choose a single winner, and would not cost the treasury anything. Instead, it stipulates that within several years the majority of new cars sold in the U.S. must give the consumer fuel choice by being any one of the following: full flex fuel (i.e., capable of using methanol, ethanol, and gasoline), natural gas, plug-in hybrid, or biodiesel compatible"

Check out the full review HERE.

For the 2011 season and as part of its long-term commitment to "going green," NASCAR has embraced American Ethanol by using 15% ethanol for its high-performance race cars.

NASCAR has partnered with American Ethanol to bring the American-grown, clean burning, renewable ethanol to its races.

"NASCAR is committed to being an environmental leader, and the sport has taken significant steps over the years toward conservation by introducing measurable, best-in-class initiatives in recycling, alternative energy, and carbon mitigation," said Brian France, chairman and CEO of NASCAR.

The E15 fuel will be provided by Sunoco.

"We're proud to be part of NASCAR's dedication to conservation with Sunoco Green E15 -- the ultimate high-test ethanol fuel blend. In our six years as official fuel partner, Sunoco has changed with the times by helping NASCAR transition to unleaded fuel, and now we are eager to produce for the sport a high-performance ethanol blend."

The Sunoco Green E15 will be blended at Sunoco's fuel facility in Marcus Hook, Pa. The American-grown and American-made corn ethanol will come in part from Sunoco's new ethanol plant in Fulton, N.Y.
NASCAR has an informative video on their move to E15 fuel.


This week's race, the STP 400, will be at the Kansas Speedway and will be shown on the Fox network on June 5, at 1pm ET.