The RFA reports that Ethanol is one of the best tools to fight air pollution from vehicles. Their fact sheet includes:

FACT: Ethanol is a renewable fuel produced from plants, unlike petroleum-based fossil fuels that have a limited supply and are the major contributor of carbon dioxide emissions, a greenhouse gas. 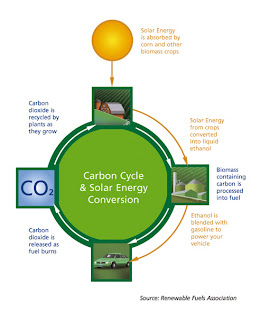