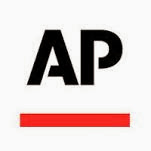 In a widely published article today, The Secret, Dirty Cost of Obama's Green Power Push, by the Associated Press (AP), reporters Dina Cappiellow and Matt Apuzzo lay out their views on the shortcomings of ethanol

In their article, they claim that the production of ethanol is responsible for a vast American wasteland:


"The hills of southern Iowa bear the scars of America's push for green energy: The brown gashes where rain has washed away the soil. The polluted streams that dump fertilizer into the water supply."

But the real problem is with the article itself.  It appears to be junk journalism, filled with inaccurate and wild accusations.  It's less about accurate reporting and more about extreme environmentalists getting a lot of free ink.  Facts be damned.

For example, the article claims that millions of acres of conservation land has been destroyed in the rush to plant corn for ethanol.  But the total number of acres were reduced by other legislation, not ethanol production.

The reporters also claim that corn prices have been near $7 per bushel for all of this year.  But that's just not true.

And the big one, the reporter claim that ethanol is the number one use of corn surpassing animal feed.  But the reporters conveniently omit that the numbers are not the whole picture.  Through the ethanol production process, 1/3 of the corn is returned to the animal feed market as Dried Distillers Grains (DDGs), a highly desired animal feed product for it's protein and mineral value.

The list of falsehoods in the article are just long to post here, so here's a summary from others so you can fact check the article:

What the AP Got Wrong on Ethanol