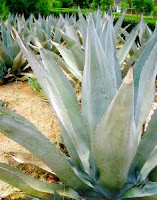 [UPDATE: The original ChicagoTimes article link is dead, but it remains live at the Seattle Times.]

Sensational headlines sell newspapers. And they make for great stories on 24-hour cable news shows. The old television maxim, "If it bleeds, it leads" holds true even more today. But a recent variation might be "If it's bad even at all, let's blame ethanol. Video at eleven."

Last month headlines screamed "Tequila Prices to Increase Due to Ethanol". So it's easy to think that alcohol is going to cost more due to Mexican farmers planting corn. If it's in the paper, then it must be true.

But here's a story you might not have read. It comes from the Chicago Tribune on June 27th, 2007. The article correctly relates that too many agave plants (from which tequila is made) were planted in 2000 and 2001. Mexican farmers then (including speculative doctors and lawyers) planted the agave plants in droves hoping to become rich due to the soaring demand for tequila. Unfortunately, too many farmers did this at the same time and now there is an oversupply as the plants are ready to be harvested. Many are facing financial ruin because alternative uses for agave have not been developed yet. So, Mexican farmers are responding to their market signals and planting corn as a cash crop.

The oversupply has caused prices to tumble to less than $4 per typical 90-pound plant, from a peak of $70. Agave farmers are going bankrupt, even burning their crops in despair. Some farmers have blockaded tequila distilleries, begging them to buy their plants before they rot away in the rugged fields of Jalisco state.

The debacle has seen agave farmers and tequila producers try to rein in the roller-coaster cycle of planting that is a response to wild swings in price. The Mexican government now requires agave farmers to register their planting, and the tequila industry is monitoring crops with satellite photography.

It was only a few years ago that American farmers were inaccurately (and unfairly) accused of "dumping" cheap corn in Mexico destroying Mexican farmers. And leading to mass starvation because there was no corn for tortillas. But then again, that was in a newspaper headline.