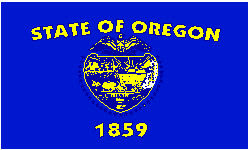 Motorists who fill up with gasoline in Oregon will use a blended fuel that is 10 percent ethanol as part of the state's new renewable fuel standard.

House Bill 2210, also known as Oregon's Biofuel Mandate, passed in the 2007 legislative session and signed into law kicked in when ethanol production in Oregon reached 40 million gallons a year. That capacity was reached last fall and required 10 percent ethanol blend of motor fuel in Oregon.

The rest of the state will follow in stages.

By April 15, 2008, Linn, Lane, Benton, Lincoln, Douglas, Coos, Jackson, Josephine, and Curry counties will join the effort. Finally, by September 16, 2008, all counties east of the Cascades will offer the ethanol-blended fuel as required. The City of Portland has its own requirement for ethanol-blended fuel already in place.

What does all this mean to the average motorist in Oregon?

"The consumer should see minimal difference in mileage or the performance of their vehicle with the new fuel standard," says Wyckoff. "We already have a number of retail locations around the state that have sold a 10-percent ethanol-blended fuel for years. The new law will now just have everyone on the same page."

Advocates of blending gasoline with ethanol say helps the environment, reduces dependency on foreign oil, and will hopefully drop the price of motor fuel. An added benefit to Oregon is the number of jobs created by in-state production of ethanol.

Ethanol is a political boondoggle and an environmental tragedy. The main reason it gets so much attention in DC is the prominence of midwest states in early election/primaries. You can't be president or a senator unless you pander to the corn lobby.

Point 1: Carbon. Corn is an oil-intensive crop with farm machines and especially fertilizers. Also, it's much less energy-dense than gas, so cars use significantly more fuel more mile. Lots of Carbon, maybe worse than dino fuel. Some professors have done the math and have published to that effect. Sorry don't have the references handy.

Point2: Using human food stocks to produce fuel is madness. It raises food prices for poor people around the globe. Rain forest is being razed in Brazil because prices are so much higher, incentivizing clearing more land for farming.

Point3: Even if ALL corn was diverted to fuel it would amount to 7% of US fuel needs (CNN report).

Maybe algae or some other better biofuel stock is viable, but corn, other human food stocks is an environmental tragedy and political farce.

Renewable fuels, including corn-based ethanol, are part of the solution to energy independence for the US. It is widely supported due to economic and environmental benefits. Don't be misled by lies from the oil industry who do not want competition.

1. Many other smarter scientists have done the math too. Check out the links on the site for the many studies that show the benefits of ethanol.

3. Higher yields, technology improvements, greater mileage efficiency, conservation and a variety of renewable fuels will help to break our dependence upon oil. Ethanol is part of the solution. And if the oil companies can kill it off now, there'll be nothing on the horizon for years to come.

Thanks for your comments. be sure to read more articles on Food and Fuel America.com for the balanced story.