DDGs to Mexico On the Rise 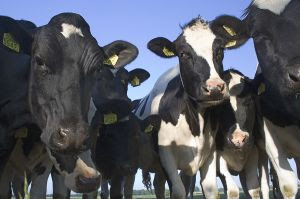 Critics of ethanol--especially corn ethanol- like to use scare tactics to sow fear, uncertainty and doubt (FUD) into the public forum by framing the discussion that corn used for ethanol is diverted from the food supply chain.

The good news is that ethanol process by-products (in this case, DDGs-Dried Distillers Grains) allow the highly-nutritional value of corn to be used for the food market. Corn-based ethanol is not a food OR fuel issue. It's Food AND Fuel.

This week, the US Grains Council released a report that Mexican livestock producers are seeing the benefits associated with using DDGs. Some key points from the report:
balanced food and fuel ethanol DDGs
Source: USGC: Exports of U.S. Ethanol Co-Products to Mexico Skyrocket
at 8:51 AM