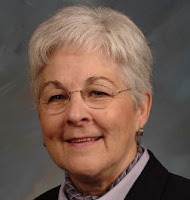 So now we're being told we have to choose between food and fuel. At least that's what people who should know better would have you believe as they ponder the problems of rising costs for both.

This didn't seem possible when policymakers were putting the finishing touches on a new energy bill just six months ago. Meant to curb our nation's thirst for gasoline through greater efficiency in vehicles and expanded use of ethanol as an alternative fuel, the legislation was shaped by a Democratic-led Congress and enthusiastically embraced by a Republican president. And based on what's happened to fuel prices since then, it would seem such an approach was long overdue.

Yet the forces of status quo are now suggesting we should stop dead in our tracks and restrict the use of ethanol. They do so by pointing to rising food costs and blaming biofuels for the problem. It's one or the other, they say, and farmers are meant to provide food. As someone who works in the agriculture industry, I would strongly suggest we don't have the luxury of such a choice.

The fact is global food demands will double in the next 40 years and world energy demand will grow at least 40 percent in the next 25 years. That's what happens when you add 3 billion people to the planet while also happily experiencing rapid economic growth and higher standards of living in countries once left behind in desolate poverty.

We could spend a lot of time here refuting the notion that our policies to expand ethanol use are a problem by pointing out that fossil fuel costs are having a far greater impact on food prices than increased corn production, and that production shortfalls in wheat and rice are the real reason behind lower surplus stocks and higher food prices. There's plenty of bad policy driving the food shortage, not the least of which are short-sighted attempts to hoard grain by curbing or eliminating exports. But ethanol-friendly incentives aren't the culprit.

The real threat is to remain caught up in the blame game while actually buying into the misguided notion that farmers are forced to choose between delivering food or fuel. Much more of both will be needed. The critical choices have to do with how we can provide more food and energy while using fewer resources. And in the spirit of the current campaign season, part of the answer can be framed by modifying a sage piece of political counsel: It's the yield, stupid.

Here's where there's good news. In the last 50 years, through technology breakthroughs and seed improvements, we have doubled yields of corn in the United States from 75 bushels an acre to 150. And we think we can double yield again to 300 bushels an acre in another couple of decades.

We're now feeding twice as many people using 20 percent less acreage, while reducing the amount of pesticides used. The elimination of fuel associated with less spraying and plowing is also keeping about 20 billion pounds of carbon tied up in the ground, which is equivalent to taking 4 million automobiles off the road for a year.

Rather than limiting farmers to the false choice of providing either food or fuel, we should instead place our priorities on areas that enable agriculture to do both more productively and with less strain on our environment.

Whether it's improved seed, the use of fertilizers, practices like conservation tillage or the use of biotech crops, when all the rhetoric has faded and people honestly look at the landscape, it's all about increasing yields and doing it in a way that uses less of the world's precious resources.

Theresa Schmalshof and her husband, Gary, raise corn and soybeans on their farm near Adair, Ill. She serves on the board of the National Corn Growers Association.