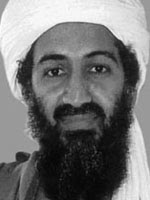 Many well-meaning people continue to criticize biofuels because they are not perfect enough, don't solve the problem immediately, or don't fit their activist agenda.

But an important aspect is often overlooked, the destruction of the American economy due to its dependence upon foreign oil from unstable and hostile regions of the world.

Well maybe we're already reaching this point. A few weeks after the 9-11 attacks, the NY Times ran an article on the risk of oil supplies. What was most interesting was the price point of oil to be destructive as dreamed by Usama Bin Laden.

''If bin Laden takes over and becomes king of Saudi Arabia, he'd turn off the tap,'' said Roger Diwan, a managing director of the Petroleum Finance Company, a consulting firm in Washington. ''He said at one point that he wants oil to be $144 a barrel'' -- about six times what it sells for now. - New York Times, October 2001

Folks, we're here. UBL doesn't need to attack us. Our wealth is pouring out of our pockets and our country.

Oh, and if you should see UBL, be sure to call these guys.