Bill O'Reilly: We Are All in Danger 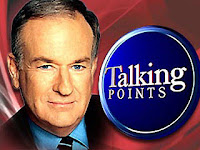 Never one for subtlety, Bill O'Reilly laid it out pretty clear this week how foreign oil is a threat to America.

In his "Talking Points" segment on Tuesday, he left little doubt about the danger America faces without alternatives to high-price foreign oil:

"We have been closely watching this oil chaos, and it is becoming clear that high fuel prices will be the most important issue in the upcoming presidential campaign. Our enemies now realize they can wreck the U.S. economy by creating hysteria in the oil market."

What was also interesting was O'Reilly's support for Flex Fuel Vehicles (FFVs) that can run on E85 ethanol fuel or regular gasoline:

"So, this is obviously a national security issue and Congress must mandate by law that American auto companies begin mass producing flex-fuel vehicles and quickly phase out gas-only products....

A combination of flex-fuel, nuclear, and increased domestic oil production could save this country in 10 years. If we don't do this now, every one of us will suffer. Every one of us."

O'Reilly is backing a reduction in the tariffs for imported ethanol which many think could cripple domestic production. But as US biofuel capacity grows and matures, policy makers will have to look at that option. But we should not replace one cartel (OPEC) with another (foreign ethanol).

Unlike most other news commentators, O'Reilly has the courage to state the obvious dangers of foreign oil. We wonder when the talking heads at MSNBC, NBC, CBS or ABC will do the same.