US Spy Chief Warns of Oil Threat from Russia, China and OPEC 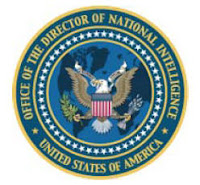 In his annual assessment of potential security threats to the United States, US National Director of Intelligence Michael McConnell warned that Russia, China and OPEC oil-producing countries have a potential to use their growing oil-wealth clout to exert political pressure.

The warning came in a report to the Senate Select Committee on Intelligence on Tuesday. McConnell's economic warning joined terrorism, nuclear proliferation and computer-network vulnerabilities as top U.S. security concerns.

Russia is looking to control an energy supply and transportation network spanning from Europe to East Asia. China has pursued a policy of global engagement out of a desire to expand its growing economy and obtain access markets, resources, technology and expertise, McConnell said.

McConnell also shared concerns about the impact of a weaker US dollar on global oil suppliers. Iran, Syria and Libya have asked to be paid in currencies other than dollars or decoupled their currency to the dollar.

Continued concerns about dollar depreciation could tempt other producers to follow suit he warned.

Source: Annual Threat Assessment of the Director of National Intelligence for the Senate Select Committee for Intelligence (pdf)