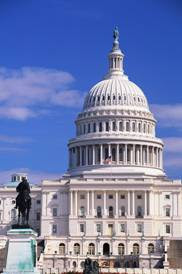 Big Oil, through its trade group, spent $4 million to lobby the federal government in 2007.

According to the recently released lobbying disclosure forms posted online at the US Senate website, the American Petroleum Institute (API) lobbied on oil taxes, appropriations and other legislative efforts. During the second half of 2007, the API spent almost $2.4 million alone.

And these staggering numbers don't include the millions of dollars also spent by the big oil companies themselves lobbying the federal government. Or even their efforts to shape public and legislative opinions through new PR campaigns.

And what did Big Oil buy with its money? Well, the historic energy legislation signed last fall conveniently omitted taxes that many in Congress wanted to promote cleaner energy initiatives.

With alternative fuels becoming more successful, it's a sure bet the money will pour in during 2008 to stop or at least slow the drive to American-produced, cleaner burning, renewable fuels.

Since 1995, registered lobbyists are required to submit disclosures of activities that are meant to influence members of the executive and legislative branches.