Food vs Rats: We Can Have Both! 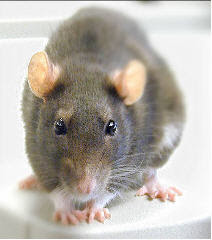 Seems the lowly rat may be a blessing and a curse to world food supplies. We don't have to choose between them, we can have both!

Several news stories caught our attention this past week over the world food "crisis" that was widely hyped earlier this year.

But in an update on food in India, Bloomberg news now reports:

“Aug. 20 (Bloomberg) -- A worldwide food crisis that sent prices of wheat, rice and corn to records and sparked riots from Haiti to Ivory Coast may be over after farmers boosted plantings, a top official in India's food ministry said.” - Bloomberg

"About a million people in India's northeastern state of Mizoram are facing famine after a plague of rats ate the region's entire paddy crop, officials and aid agencies said on Monday." - Reuters

So we were bit amused when we recently saw this news update on how some Indians are solving their food crisis with the addition of the rat to the menu:

With food prices rising, one of India's poorest states is considering adding rat meat to the menus of state-run canteens, a move officials in Bihar say could help provide cheap protein for the state's 80 million people, most of whom live off the land as poor sharecroppers or subsistence farmers. - CNN

The world food production, supply and demand is a complex issue. Poverty, transportation, wars and political instability are the major factors for food shortages around the world.

And with pests eating major portions of a nation's food supply, it's hard to imagine how critics continue to argue that productivity of the American farmer to produce more food causes world starvation.

So all we can really say is "Let them Eat Rats!".