How America Stacks Up on Food Costs 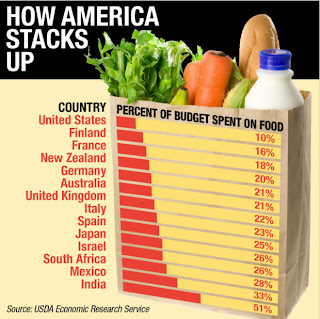 Heated discussions on food prices and supplies have dominated the news over the past months.

But according to the corn growers association, those discussions linking food and gasoline prices to ethanol use are flawed.

In a release this week, they detailed:
To learn more about the impact farmers have on keeping the country's food costs affordable while stretching energy resources, visit FarmersMatter.org. Consumers can also leave their own message thanking farmers this holiday season by participating in a video contest and entering to win $1,500.