Oregon on the Move with Biofuels 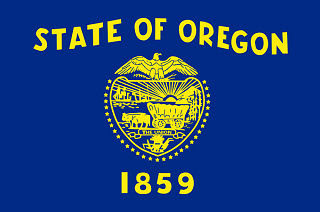 In the three months since we shared that Oregon Gov. Ted Kulongoski signed legislation aimed at increasing the production and use of alternative fuels in the state, things are on the move in Oregon.

The new law also required E10 gasoline, a mixture of gasoline and 10% ethanol, after production of ethanol reaches 40 million gallons per year within the state.

Just this month, Pacific Ethanol opened its new $100 million plant at the Port of Morrow. In this news article from the Eastern Oregonian, the governor praised the facility and the role it plays in the local economy:

"The Democratic governor said the plant makes Oregon a national leader in biofuels production and it boosted Oregon's economy with 200 construction jobs and 40 full-time plant jobs."

The governor went on to say that the new plant represents a step toward "weaning our state from oil addiction" and a step forward in Oregon's effort to combat global warming.

Finally, the state of Oregon has a good informational webpage on alternative transportation fuels and its biomass efforts. Although some points are specific to Oregon's efforts, there is also good general information usable by everyone on both sites.

READ MORESubscribe to updates by Email