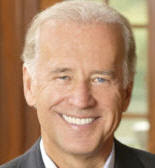 From time to time, Food and Fuel America.com highlights the leading 2008 US Presidential candidates' positions on renewable energy. Sometimes it's easy to find, other times it is not.

Senator Joe Biden (D-DE), a Democratic candidate for President, has been an outspoken supporter of biofuels. On his presidential website, he lists several points on his support for renewable fuels:
As always, FoodandFuelAmerica.com does not support or endorse any candidate for any election. We will; however, continue to highlight important energy policy positions of the major candidates.

Email ThisBlogThis!Share to TwitterShare to FacebookShare to Pinterest
Categories: POTUS08