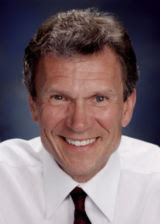 Foreign Affairs magazine, published by the Council on Foreign Relations, has taken the stage in the food versus fuel discussion. In the recent issue, former Senator Tom Daschle promotes that corn-based ethanol offers many benefits and few downsides.

He responds to a recent article that, as he puts it "recycles the 'food versus fuel' mythology.

Daschle's arguments include some key points central to his support of corn-based ethanol as a renewable fuel for America's energy and economic security:
Daschle also makes the point that biofuels have significant environmental benefits. Finally, he concludes that now is the time for the US to embrace corn-based ethanol:

"Like at no other time in history, the planet faces energy and climate crises. Resolving them will require a comprehensive and well-reasoned set of policies. Those choices must be based on sound analysis -- not hyperbole and the hollow recitation of discredited doomsday prophecies."

Daschle's argument, "U.S. corn is used to feed mostly animals, not people", is an absurd statement to make in the food vs. fuel debate. When the cost of feeding animals increases, so will the cost of the foods and other goods that are made from those animals.
-- Taylor Jenkins