Inflation Surges Due to Fuel Prices

Consumer prices increased by their fastest pace in more than two years in November, cutting into wages and consumer's spending capabilities. Happy Holidays from Big Oil and OPEC!

New figures released by the Labor Department this week showed that overall prices increased by 0.8 percent in November on a seasonally adjusted basis, the biggest monthly increase since September 2005. 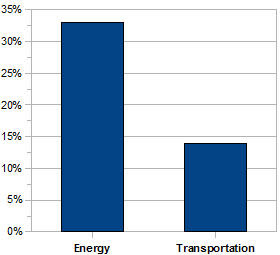 The inflation report is bad news for consumers and investors as the damage of higher fuel costs spreads to other sectors of the economy. But our economy is tied to the whims of foreign oil cartels. So as long as we are energy dependent upon others, we'll all pay the price.