During 2007, we've seen hundreds of stories regarding food and food and fuel issues. But in our opinion, a few met the qualifications of being the "Most". So, in no particular order, here's our list of the "Most" for 2007:

Popcorn Prices Popping But It's All Hot Air

The media still doesn't get it when it comes to food price issues. They lead with sensational claims to scare the public and boost ratings but when the math is done, it's all just hot air. FoxNews.com ran a story this month proclaiming the increase in popcorn costs are due to the demand for ethanol.

NBC has purported to have made an FCC filing in support of tougher internet regulations to combat video piracy. And who does NBC think will benefit from this crackdown on illegal filesharing? Corn Growers!

Labor Day in the US traditionally means the end of summertime activities. And for many returning school kids the annual question will be "What did you do on your summer vacation?". Well, for one Idaho family, the answer was to take a trip across the country in a biodiesel motorhome to bring awareness to clean, renewable energy like biodiesel and ethanol.
Most Historic A replica of the nation’s first corn-ethanol blended gas station will be on display during the upcoming Nebraska State Fair, August 24 through September 3.

Going green doesn't mean you have to go slow. Karl Jacob set out to prove that he didn't have to give up high performance cars in order to save the environment. In fact, he discovered that renewable fuel performs much better than today's gasoline. 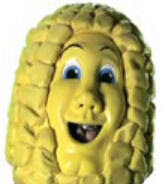 Corn Guy is back for another episode. This time in an epic battle with Taco Lady. Will ethanol solve all of our fuel needs? What's the real truth about Mexican tortilla prices? Will Corn Guy prevail?

Renewable Fuels Helping to "Save the Bay" 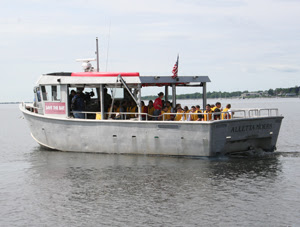 Narragansett Bay in Rhode Island is getting some environmental help from an unlikely source-- leftover restaurant grease and soybean oil.