The Whole Truth of the Exxon Valdez Oil Spill 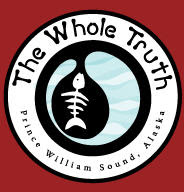 This week, the Supreme Court of the United States (SCOTUS) will hear arguments in Exxon Shipping v. Baker, on whether a federal jury's 1994 $5 billion damage award against Exxon is excessive or even legal under maritime laws.

The case stems from the Exxon Valdez oil spill on March 24, 1989 that resulted in the most devastating man-made disaster ever.

Although the award was eventually reduced on appeal to $2.5 billion, Exxon has continued the fight all the way to the Supreme Court to overturn the award.

But the fishermen, Native Alaskans, municipalities and residents of Alaska who have had to deal with the environmental mess of the oil spill have not forgotten the impact of the disaster and Exxon's failure to comply with the jury's award.

This month, the Cordova District Fishermen United and Prince William Soundkeeper have joined together to deliver The Whole Truth (www.wholetruth.net), a new website about the Exxon Valdez Oil Spill, to demand justice and end Exxon’s quest to escape responsibility.

So what happened in Valdez Alaska nearly 20 years ago?

On March 23, 1989 the Exxon Valdez an oil supertanker operated by Exxon and under the command of Captain Joseph J. Hazelwood left the port of Valdez headed for Long Beach, CA with 53,094,510 gallons of oil on board. Shortly after midnight on March 24, 1989, the supertanker collided with Bligh Reef, a well known navigation hazard, ruptured 8 of its 11 cargo tanks and spilled 11 million gallons of crude oil into the pristine waters of Prince William Sound. The result was catastrophic. Although the spill was radioed in shortly after the collision Exxon’s response was slow. In fact, there was no recovery effort for three days while Exxon searched for clean up equipment. During that time millions of gallons of oil began to spread down the coast. Days later as the clean up effort began the oil slick was no longer containable. It eventually extended 470 miles to the southwest, contaminated hundreds of miles of coastline and utterly destroyed the ecosystem.

This dirty side of oil, literally the oil spill in the pristine waters of Alaska as well as Exxon's failure to take full responsibility for its mess, will certainly be in the news this week as the court hears the case.

Let's not lose sight of yet another example of the "real" cost of oil on the American economy and environment.