Motorists in car-lovin' Los Angeles will be loving E85 for 85 cents a gallon this week.

The rising price of gasoline is hard to avoid in Los Angeles, but owners of Flexible Fuel Vehicles (FFV) capable of running on E85 ethanol will pay only 85.9 cents a gallon for the cleaner, alternative fuel.

On February 26th from noon to 2:00 p.m., Conserv Fuel at 11699 San Vicente Blvd. in Brentwood will offer E85 ethanol for 85 cents a gallon courtesy of General Motors.

E85 is 85% cleaner-burning ethanol and 15% regular gasoline that can be used in millions of Flexible Fuel Vehicles on the road today.

Conserv Fuel is the first filling station in L.A. where drivers can find the fuel alternatives from a company that shares and promotes values of quality, conservation, and sustainability. In addition to offering E85, Conserv also offer biodiesel fuels and regular gasoline. 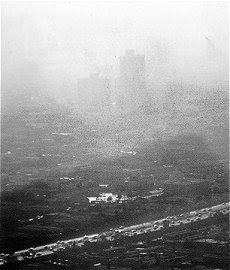 General Motors is sponsoring the promotion to help raise awareness about the first station in Los Angeles to offer E85 ethanol, and to encourage drivers of Flexible Fuel Vehicles to use this cleaner, renewable fuel instead of gasoline.

“At GM, we believe the biofuel with the greatest potential to displace petroleum-based fuels and help reduce tailpipe carbon gas emissions in the United States is ethanol, and so we have made a major commitment to vehicles that can run on E85 ethanol,” said Susan Docherty, general manager of GM’s 16-state Western Region, which includes California.

GM is the automotive industry leader in producing vehicles that run on E85 ethanol with more than 2.5 million Flexible Fuel Vehicles on the road today,