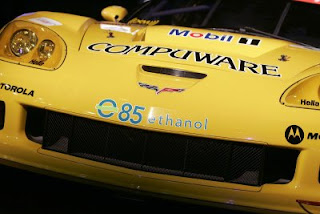 The American Le Mans Series will race with cellulosic E85 ethanol fuel for the 2008 season.

The fuel, produced from waste wood, will be used for the first time during the season opener -- Mobil 1 Twelve Hours of Sebring on March 15, 2008. It will be supplied by a KL Process Design ethanol facility.

Corvette Racing will be the first team to use the cellulosic-based flex-fuel ethanol in competition.

"This is a groundbreaking achievement not only in motorsports, but also in the drive to relevant fuel technologies," said Scott Atherton, president and CEO of the American Le Mans Series. "The American Le Mans Series was recently recognized by the U.S. Department of Energy and the U.S. Environmental Protection Agency as the only motorsports entity to meet the criteria for 'green racing'. 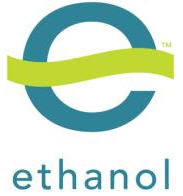 Consumer E85 is a blend of 85 percent ethanol and 15 percent gasoline. Cellulosic ethanol is produced from biomass such as wood waste, switchgrass or citrus.

Cellulose is the primary structural component of green plants, making up the primary cell wall. Special enzymes break down cellulose in biomass materials and turn it into sugars that are then fermented and processed into cellulosic ethanol. Cellulosic ethanol, like grain-based ethanol, is a
renewable fuel source that can be used in today's cars.

According to a U.S. Department of Energy study conducted by the Argonne Laboratories of the University of Chicago, one of the benefits of cellulosic ethanol is that it reduces greenhouse gas emissions (GHG) by 85 percent over reformulated gasoline. Cellulosic ethanol also yields roughly 80 percent more energy than is required to grow and convert it.