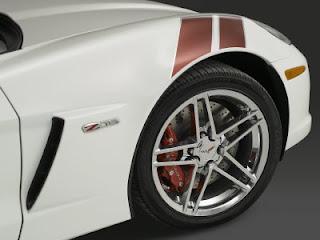 The most successful team in ALMS history will switch to E85 ethanol--a blend of 85 percent ethanol and 15 percent gasoline in the demanding arena of endurance road racing.

"Since its inception, Corvette has always been a platform for Chevrolet and GM to introduce and develop new technology... The use of E85 ethanol fuel by America's premier production sports car racing team in a high-profile, high-tech racing series like the ALMS shows that Chevy is continuing to lead by example"

E85 ethanol is an option for millions of American motorists and GM has produced more than 2.5 million E85-capable cars, trucks and SUVs on the road in the United States.