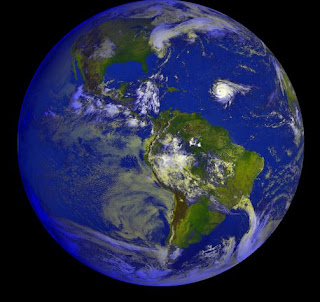 Recent reports have attempted to discredit biofuels through flawed analysis with incomplete, unverified and fuzzy science. With their flawed methodology, they have chosen to single out biofuels as contributors to a “carbon debt.” while ignoring the positive benefits and the ugly realities of petroleum-based alternatives. Ultimately, these sensational reports will be discredited by the wider scientific and technical communities for solid, valid scientific reasons.

Out first look at them point out several flaws that the media and the environmental hate groups have overlooked:Asserting that increasing production of biofuels in the United States is driving destruction of ecosystems in South America and Asia for food production and blaming a carbon debt only to biofuels is a huge stretch. This assertion is based on assumptions and models that are not verified. This “Secondary Land Use Impacts” assumption counters all current, verified analysis showing substantial greenhouse gas emission reductions for biofuels.

And the reports conveniently ignore the fact that land use changes in other countries has been going on for years. Biofuel development in the US should not be the world's scapegoat.

The real question becomes, "Why should biofuels take a carbon hit for international land use changes for food or housing or other non-fuel related production?"

By the reports' skewed logic, any US farmland not growing food crops is creating a carbon debt by increasing demand for international food production. What are the “secondary land use impacts” of US grass seed farmers? Or tobacco farmers? Or nursery owners?

By blaming biofuels, the reports ignore the impacts and realities of our modern world. Every new subdivision and new commercial, industrial or residential development creates a carbon debt by taking "potential" food-producing land out of production that "could" shift demand to sensitive, international native ecosystems.

Are we to blame Starbucks, Home Depot, Costco, and and other big box retailers for South America and Asia's loss of rain forests?

Traditional sources of oil have steep environmental costs that are not accounted for in the land use reports. Where is the accounting for oil drilling in the Amazon? Oil spills in San Francisco Bay? Or asthma deaths from petroleum-based air pollution?

One has to wonder who is really behind this push to discredit alternatives to the oil industry.

One other thing this study fails to take into account is where the carbon came from. Carbon released by land use changes doesn't introduce any new carbon into the system since the carbon was taken out of the air by the plants. Burning petroleum products introduces carbon into the air that has been stored away underground.