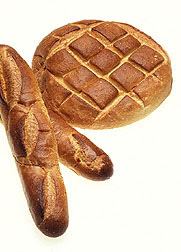 For years, the domestic milling and baking industry and its leadership have pursued policies that growers warned would create wheat shortages. This year, the chickens have come home to roost, and the bakers are scared they won't have the wheat they need.

Now, the bakers have asked the government to bail them out at the expense of U.S. wheat producers. They want Congress and the Department of Agriculture to halt exports of U.S. wheat. And, they want fragile land currently set aside in conservation reserve to be released in the expectation that farmers will grow more wheat on it.

Some people believe the wheat shortage is a result of farmers being seduced by high corn prices because of ethanol. The truth is, U.S. wheat farmers began converting to other crops long before the ethanol push began. Harvested wheat acres dropped from a high of 80 million in 1982 to about 63 million a decade later to about 47 million last year.

The reason for the decline is simple: The milling and baking industry always demanded top quality at prices that many times were below the cost to produce it. It simply was no longer profitable to grow wheat on our acreage when we could grow other crops that brought a better return.

Not only was the industry unyielding on price and quality demands, but also bakers have stood against wheat farmers in their pursuit of productivity enhancing products such as biotechnology and higher yield wheat varieties. In fact, when wheat farmers were provided herbicide tolerant wheat, a perfectly safe technology used in other crops for more than a decade, the bakers refused to accept the wheat.

Even though the technology would have increased yields by 10 percent and lowered production costs, the bakers suggested that there was no benefit for them or consumers. I believe most consumers would argue that having a ready supply of affordable grain for their daily bread is definitely a benefit.

As an editorial in the baking industry's foremost trade journal pointed out, biotechnology has let other crops move ahead at the expense of wheat. For example, corn yields have increased 12 percent from the start of the decade, while wheat yields have remained virtually unchanged for 10 years.

In addition to higher yields, a major study in 2005 showed dramatic drops in production costs for growers who planted biotech crops.

So it's no surprise that astute farmers are committing their acres to crops that put more money in their pockets. Wheat producers tried to make that case when bakers were adamant that there should be no biotechnology in wheat.

Rather than yielding to the bakers' demands, Washington should lay down a strong lecture on the merits of teamwork to ensure enough grain for customers everywhere.

Courtesy of Allan Skogen, a wheat producer from central North Dakota. Skogen is also chairman of Growers for Biotechnology www.growersforbiotechnology.org.