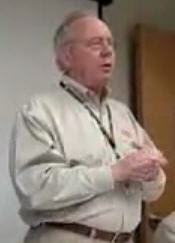 Tyson Foods , Inc. CEO Richard Bond recently again publicly lashed out against corn ethanol. Bond was videoed speaking to employees at a plant in Shelbyville, Tennessee (YouTube video) where he came out swinging against the American-grown fuel.

In his own self-described "rant", Bond blames corn ethanol for higher food costs. But he fails to mention the real facts, instead focusing only on the price of corn and not its limited impact on final consumer food prices. Nor does he fully discuss the major impact of increased world-wide demand for grains and meats and higher energy costs.

So let's help Mr. Bond with the math. A bushel of corn is 56 pounds. A one dollar change in corn price is .017 cents per pound (1 / 56) of corn. We already know that to produce 1 pound of chicken takes just 2 pounds of corn, so that's 3.5 cents per pound change per dollar increase in corn cost. And that's pretty much the worse case scenario because it assumes that only the higher priced corn is used and that all of the cost is passed along to the consumers.

The huge increases in meat prices are coming from somewhere else. Mr. Bond fails to mention that. He does briefly discuss increased foreign demand. But somehow that doesn't factor into his spiel. It's just ethanol that is bad bad bad. Higher transportation costs and energy to fuel his plants and to market his products? Must not be a big deal at all.

We took a quick look around the net to see what else might be bothering Mr. Bond. Now we know why he's in such a grumpy mood. Maybe some of Tyson Foods other recent woes are really on his mind while he rants:
READ MORE
Subscribe to updates by Email
Search FoodandFuelAmerica.com