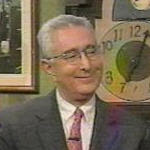 In the piece, Exxon Mobil Needs a Hug, he laid out his opinion:

We should not be beating up Exxon Mobil and its brethren and making them cry uncle to Uncle Sam. A better policy might be to keep making sure they have no role in price-fixing, and then to encourage them to go after and lock up as much oil and gas as they can for us to burn up.

Ben sums up his argument that what's good for Exxon is good for all of us:

But I respectfully suggest that they might want to reconsider their attack on Big Oil. After all, Big Oil is big us. And we need us.

Unfortunately, Mr. Stein omits the fierce resistance that Exxon Mobil and the rest of the oil industry have made to reducing America's dependence upon foreign oil cartels, disruptive supplies, and higher prices that are threatening America's economy.

And that doesn't even begin to cover the oil industry's active resistance to promoting a viable domestic renewable fuels industry.